Read the full AP article below:

“Making the Adoption Tax Credit refundable will support and encourage adoption by assisting families with some of the costs,” Senator Casey said. “The Adoption Tax Credit has been a proven success in increasing families’ ability to offer permanent homes to adoptive children. Making the credit refundable will allow more families to experience its benefits.”

“My husband and I are blessed with two precious, adopted children, and I know the Adoption Tax Credit encourages many families to consider expanding their own through adoption,” Senator Landrieu said. “Without the tax credit being refundable, many adopting families can’t fully utilize the benefits of this credit to make adoption a reality. This change will especially help families that want to adopt foster youth, finally providing them with a permanent and loving family and ensuring foster care is only temporary. I am committed to making the Adoption Tax Credit refundable and look forward to working with my colleagues on both sides of the aisle to continue to support families who make the wonderful decision to adopt.”

“The Adoption Tax Credit Refundability Act makes the tax credit even better by making it refundable,” Congressman Braley said.”  “That means more families can take full advantage of the tax cut, providing a better incentive to families considering adoption. That will help more children in need end up in loving homes.”

The adoption tax credit was made permanent in the American Taxpayer Relief Act in January 2013.  However, that law did not extend the refundability provisions that applied to the adoption tax credit in 2010 and 2011.  The Adoption Tax Credit Refundability Act will restore the refundable portion of this critical support for families wishing to adopt.

According to the Department of Health and Human Services, one-third of all adopted children live in families with annual household income at or below 200 percent of the poverty level.  Despite the common misperception that only wealthy families adopt, nearly 46 percent of families adopting from foster care are at or below 200 percent of the federal poverty level.  Many of these families’ tax burdens are so low that they cannot benefit from the adoption tax credit at all unless it is refundable.

These data indicate that a refundable adoption tax credit plays a significant role in lower-income families’ ability to adopt and support a child from foster care.  Older data from a 2006 study cited by HHS demonstrate a significant financial benefit to society, as well: the cost of adoption and permanency is significantly lower than the cost to federal, state and local governments to provide long-term foster care. 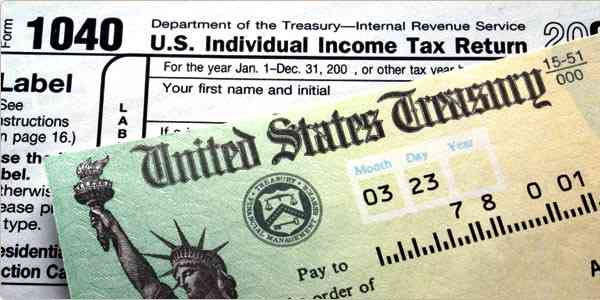 In light of the recent vote to make the Federal Adoption Tax Credit permanent I have updated some of the information here. We will continue to update as more details are released.

We receive A LOT of questions about the Adoption Tax Credit and I wanted to compile as much information as possible for you.

While this should give you a basic understanding of the credit I encourage you to talk to a tax professional about your personal situation if you have specific questions.

Taxpayers who adopt a child domestically or internationally may qualify for the adoption tax credit.

The adoption credit is calculated on Form 8839 Qualified Adoption Expenses (PDF). You may claim an adoption credit of up to $12,770 (preliminary estimate for tax year 2013) per eligible child.

The adoption credit was scheduled to sunset at the end of 2010. However, the massive health care reform legislation extended and revised the adoption tax credit. The health care legislation also enhanced the adoption tax credit in three ways. First, it bumped the maximum adoption credit from $12,150 to $13,170. Second, it extended this increased tax credit amount to the year 2011. Third, it made the adoption credit refundable which meant a full payout for adoptive families. This caused many issues for the IRS and families receiving their returns and many having to send in proof of expenses and documentation for their adoption. There are still families today that are working on receiving their 2011 returns. The Tax Relief Act extended increased dollar amounts for an additional year, through 2012.

To be eligible for the adoption credit, you must:

Qualified Adoption Expenses are calculated by:

Taxpayers who adopt a special needs child can claim the full amount of the adoption credit without regard to the actual expenses paid in the year the adoption becomes final.

Eligible expenses must be “directly related” to the adoption of an eligible child. This may include adoption fees, legal fees, and court costs. Expenses for a failed adoption might qualify for the credit if followed by a successful adoption, but the two adoption efforts would be considered as one adoption and subject to the dollar limit per eligible child. The editors of JK Lasser’s Your Income Tax advise:

“Do not include expenses paid or reimbursed by your employer or any other person or organization. You may not claim a credit for the costs of a surrogate parenting arrangement or for adopting your spouse’s child.” (page 469)

When to Claim the Adoption Credit

What year you can claim the adoption credit depends on when the adoption was finalized and whether the adopted child is a US citizen, resident alien, or foreign national.

If the child is a US citizen or resident alien, then you take the adoption credit in the following order:

We praise God that the American Taxpayer Relief Act of 2012 (the bill to avert the fiscal cliff) made the adoption tax credit permanent!

Our friends at the Congressional Coalition on Adoption Institute posted this today:

The bill permanently extends the increased adoption tax credit and the adoption assistance programs exclusion. Taxpayers that adopt children can receive a tax credit for qualified adoption expenses. A taxpayer may also exclude from income adoption expenses paid by an employer. The Economic Growth and Tax Relief Reconciliation Act of 2001 increased the credit from $5,000 ($6,000 for a special needs child) to $10,000, and provided a $10,000 income exclusion for employer-assistance programs. The Patient Protection and Affordable Care Act of 2010 extended these benefits to 2011 and made the credit refundable. The bill extends for taxable years beginning after December 31, 2012, the increased adoption credit amount and the exclusion for employer-assistance programs as enacted in EGTRRA.

Jedd Medefind, President of the Christian Alliance for Orphans, said it well:  “The permanent extension of the Adoption Tax Credit not only guarantees vital financial help for families that choose to adopt.  It also underscores the commitment of the American people to the idea that children need families.”

There are still questions about the credit becoming refundable and some have encouraged people to contact congress to push for this. We will post more as information becomes available.

For more information on how the Federal Adoption Tax credit you can read this post.

Many of you have wondered what will happen to the Federal Adoption Tax Credit after it is set to expire at the end of this year. On April 17, 2012, Rep. Bruce Braley (D-IA) introduced the Making Adoption Affordable Act. The act will permanently expand the federal adoption tax credit to $13,360 and make it refundable.

Congressman Braley’s bill is an important first step in making this financial help available to families into the future and therefore help many more children into Christian homes. For most families the financial cost of adoption is the number one hurdle to moving forward. We have seen the Tax Credit serve as a catalyst to many families taking the step of faith in adoption and hope to see it continue.

Will you join us in advocating on behalf of orphaned and vulnerable children by contacting your member of Congress to urge them to vote “YES” on the Making Adoption Affordable Act?

You can find the contact information for your Representative by clicking HERE.

There is a lot of buzz around the blogs and twitter about the adoption tax credit. Some are receiving their credit while others are receiving letters asking for more information. This past week the IRS released some guidelines to help families.

Here are six things to know about this valuable tax credit:

Here is a video the IRS posted a couple months ago: