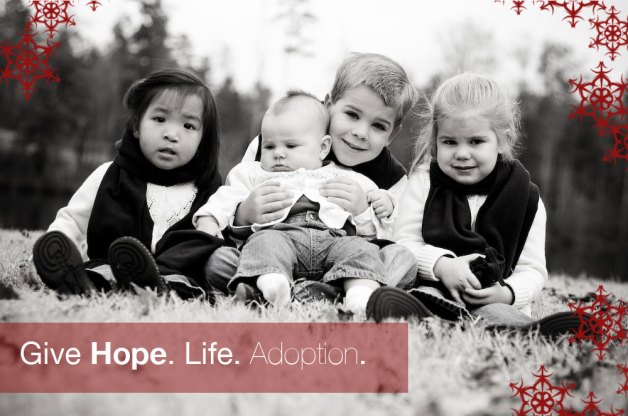 1. Make a Donation to Help Make an Adoption Possible. Your gift to our loan fund will be used to help a family adopting a child overcome the financial hurdles. Further, as the family pays back their interest-free loan the money you donate will be used dollar for dollar to help another orphan enter a Christian family. It truly is a “gift that keeps on giving” giving hope to child after child. Click here to make a donation online.

2. Start a Memorial Fund. Through LegacyChild you can establish a fund through which family and friends can make tax-deductible donations in memory of a loved one. Start a fund, we’ll set up your own page on our website with photos and information, then let your family know about it as your Christmas gift to them. You then have the blessing of choosing a family from our website to give an interest-free adoption loan too. Your gifts through your memorial fund will help the family you choose adopt, and as they pay their interest-free loan back you will have the opportunity to help another family, and another, and another!

3. Invest in the Establishment of an Adoption Fund for your Church.
Sometimes all it takes is one person to start a fund for their church. By establishing local church adoption funds, local churches can directly minister to their own families and help provide financial assistance to those called to adopt. The ABBA Fund provides churches with administration and an approval process at no cost. Read about how it works here and contact us for more information. 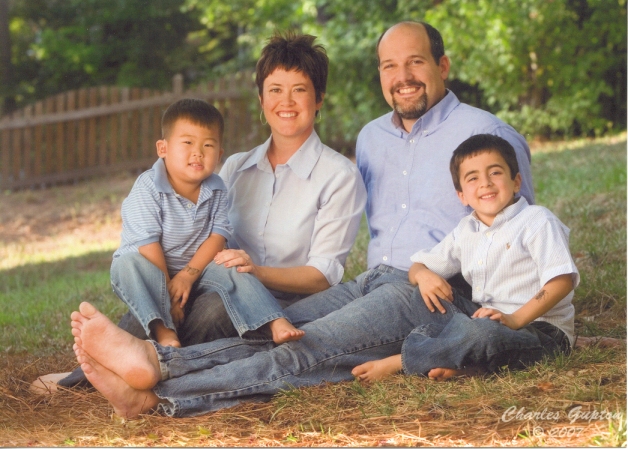 Shannon Reynolds Dodd was born February 6, 1975, the daughter of Robert and Gloria Reynolds. She was a graduate of Liberty University with a BS in History in 1996 and a Master of Arts in History from Clemson University in 1998. She married Tom Dodd on June 17, 1997.

Shannon and Tom adopted two boys. Jakob was from Azerbaijan and Tae was from South Korea. Shannon and Tom and family live in Raleigh, NC. They are both christians and are active in their local church.

Tragically, Shannon had cancer and was in a coma before going home to be with Jesus on September 30, 2008. Shannon told her dad she would like contributions made to the ABBA Fund at her death to help with adoptions since her little boys were such a blessing to she and Tom. Adoption was one of Shannon’s passions.

One of Shannon’s Bible verses she clung to during her 14 month struggle with cancer was Hebrews 6:19 which states “We have this hope as an anchor for the soul, firm and secure.”

Make a donation to the Shannon Reynolds Dodd Memorial Fund

The Cordell’s recently returned home from Ethiopia with their new daughter, Mercy! We were blessed to help them with an interest-free loan through our LegacyChild ministry.

Sean is a gifted pastor of an inner city church seeking to reach their neighborhood and the nations with the Gospel. Give them a visit on their blog here and if you’re in the Raleigh area you can join them for worship!